I am not retired after all

I am not retired after all 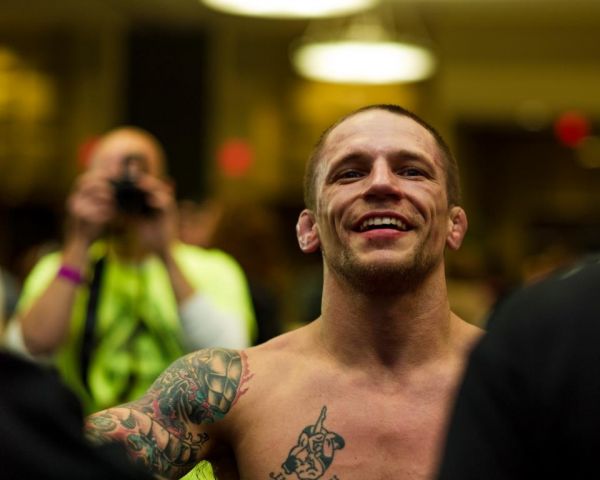 To Everyone Who Cares,

When I decided to take the fight for RFA vs. Pedro Munhoz, I saw they were in a bind and lost a very reputable opponent.  Considering having to pull-out from my fight previously scheduled bout with Sergio Pettis earlier in the year at 125lbs for the Flyweight RFA World title, I decided that taking the fight with Munhoz was a great way for me to show the fans and RFA that I mean business and never had any intention on missing the Pettis fight.  I lost a split decision to Pedro in a 5 round World Title fight.  With that said, I went through some soul searching, and based on immediate opportunities we measured the long-shot percentage of getting myself back to the UFC fold and ultimately felt (as a team/family) that taking the fight with Munhoz would be a retirement fight, win or lose, based on those facts.

I was fortunate enough for UFC and WEC to invest into my career at 155,145 and 135lb divisions and will forever be grateful of those opportunities they had given me to prove myself.  I had one of the best runs a fighter can ask for when it comes to facing the best competition in the world.  Needless to say, I announced my retirement after the Pedro Munhoz fight because it was one of those moments of clarity leading upto and post fight.  NOW, after battling with myself and my inner desires as a fighter, I have decided that I will continue my journey in MMA and focus on the 125lb division as I intended to do after my first victory in May of 2013 at that weight class, all in hopes that UFC can take notice (should I get the right impressive wins) and grant a final opportunity to fight for them in a 4th weight class.

At this point, I am feeling more than ever determined to charge forward after my dreams and continuing my life as a fighter.  I have battled through injuries for a greater part of my career and have questioned my bodies ability to withstand more damage.  The conclusion is simple, hell yea it can.  I am durable, I am built to fight and want it more than anyone.  I have spent most of my career building the best staff I could ask for at Team Curran MMA in Crystal Lake, Illinois.  I know they all got me covered so I am looking to make my return to a big fight, hopefully in March or April of 2014 and cannot wait to grace the inner walls of the cage again. My teamates and training partners are awesome and I look forward to being int he mix like I always have been for as long as I can.  For all the critics out there who don’t agree or think I will not do well, all i can say is you are entitled to your opinion.  For my family, my friends, my team, my management, fans and students who have always believed in me, I just want to say Thank You, from the bottom of my heart and ask that you continue to do so.

I never wanted to be “That Guy” to retire and then return for one last hoorah, so I promise to everyone I will make each fight count and finish strong, be it now or 5 years from now.