Jeff with his wife Sarah and his two boys, Jacob (left) and Ty (right), at Jeff’s Sports Hall of Fame Induction for Woodstock High School

Jeff Curran is a retired professional MMA fighter and 5th Degree Black Belt under the legendary, Master Pedro Sauer.  Mr. Curran is married to his wife Sarah and together they have two boys, Ty and Jacob.  Curran Jiu-Jitsu Academy/Team Curran was founded by Jeff back in the summer of 1997.  Through good times and bad alike, Team Curran and it’s staff of instructors, including partner Chuck Pilcher, managed to withstand the test of the ever changing industry as well as the hard times of our economy.  The systems Jeff has developed as his curriculum are a time-tested and fundamental approach to everything ranging from Self-Defense all the way to professional competition in both MMA and Brazilian Jiu-Jitsu.

After the UFC began in 1993, Jeff Curran, who was already training in the art of Gracie Jiu-Jitsu and competing in tournaments, decided to go all in and focus on making a fight career of his own. Jeff graduated in May of 1995 from Woodstock High School at the age of 17 and was traveling the country to seek the best training he could find. In January of 1996 Jeff’s Dad passed away at the early age of 40. Jeff was 18 years old and decided he would travel to train but remain in his hometown so he can be there for his mom and sister as well as be surrounded by the memories of his dad. At age 19 he opened his very first Gym and began training his own students as an affiliate instructor of his Professor, Pedro Sauer. A few months later Jeff met his wife Sarah and at that same time had his very first MMA fight in an 8-man tournament for Extreme Challenge in Iowa, winning all 3 of his fights that night. 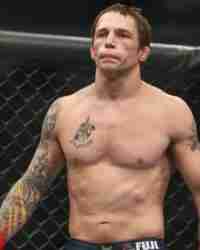 As the years went on Jeff began to travel the world and compete in almost every MMA organization that existed during that time. In January of 2004, Curran was a rising featherweight prospect and ended up getting a chance fight future welterweight champion, Matt Serra, on 7 Days notice in the UFC 46. Although Jeff lost a decision in that fight, he gained worldwide popularity for his fighting style. Curran then fought his way into the TOP 10 for his weight class (145lbs). Jeff spent the next 10 years continuing his climb in the rankings.

In November of 2005 he beat undefeated prospect and Black Belt, Antonio Carvalho, winning a North American Title for Ironheart Crown. Continuing his climb year round, about one year later Jeff would secure another victory over another undefeated standout fighter and Black Belt, Wagney Fabiano, winning another North American title in Canada. Curran was fighting in Japan and all over the world and eventually reached the TOP 5 and signed with the premier organization in the world for the lighter weight classes and UFC owned promotion, the WEC. Winning his first bought against an undefeated Stephen Ledbetter. Jeff then reached the #1 Ranked spot to face Urijah Faber for the World Title. Having a Stellar first round and a good start to round 2, Curran would later tapout to a submission for the first and only time in his professional MMA Career. 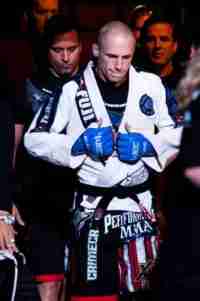 The world title bout with Urijah Faber marked the middle point of Jeff’s 20 year career of almost 90 total bouts. Jeff dropped down a weight class and was holding his ranking in the Top 10. After losing 3 consecutive decisions at that weight, Jeff was released from the WEC/UFC. Curran fought 5 consecutive fights in a row, including a 1st round TKO in the UFC owned STRIKEFORCE organization and earned his way back to the UFC where he faced Top 10 Bantamweight Scott Jorgensen and Johnny Eduardo. In August of 2013 Curran faced Pedro Munhoz who was an undefeated Brazilian superstar with a 8-0 record for his 2nd shot at a World Title in the RFA. Munhoz and Curran fought the full 5 rounds of 5 minutes each where Curran would end up losing a split decision. Curran would continue to fight for the next few years after that against the best fighters outside of the UFC.

I am a firm believer that anyone who wants to be good at Jiu-Jitsu, or any other martial art, really needs to learn the fundamental approach to that particular art first and foremost.  My reason for this is because in the early 90’s when I began training there was absolutely no structure to teaching methods.  They were the hardest days of my life, but I watched thousands of people over the years quit and only a few dozen stick it out until it made sense for them.  In those days, injuries were more prominent and only the strong, or at least strong willed, survived the process.

Years later, when I was a brown belt in the early 2000’s, my Professor, Pedro Sauer and I produced a set of DVD’s that for the first time, really shared a snapshot of what a beginner student and intermediate student should be learning.  Later, after building a school and team through a semi-organized approach, I took the chance and began running my Beginner/Fundmental classes everyday so my new students get the best possible shot at success.

Regardless of the student, adult or child, consistency in the “story” that makes up Jiu-Jitsu, and a safe training environment is key to helping the new person feel comfortable continuing their journey on the mat.  Once that foundation is taught and put in place, the sky is the limit.  My experience has shown me that a minimum of 2 and maximum of 4 days per week for the first few months is a solid start.  Any more than that, the student tends to either burn-out or become overwhelmed.  Any less than that can cause the student to be learning a little too slowly.  However, one day per week is way better than none.  Consistency is key in anything we do in life.

My belief is that at some point in every student’s life they should feel what competition is like at least once.  It is, after all, the only way to feel real resistance and pressure from someone who wants to beat you without being in a street fight, whether it is a Jiu-Jitsu or wrestling match, a boxing match, MMA or even kickboxing.  Some sort of rule set that protects you, yet lets you feel how the stress and pressure changes your reactions, your decisions, etc..  I am a competitor, since the early days of my life, in many sports including hockey and wrestling, so the transition to want to beat someone always came very naturally to me.  This isn’t the case with most people, but that is the real value of finding it within yourself to try.

During every single fight, I was afraid and full of different fears and emotions, all of which can weigh you down if you let them.  Overcoming these fears is often like treading water until a life raft comes.  You are so afraid of drowning so you need to keep treading.  That is how the locker room feels, the walk to the ring, the face-off etc.. With that being said, there is no more empowering moment than when it’s all said and done and you walk away from it knowing you overcame such fear.

When people begin training, they experience similar fears. Fear of the unknown, fear of injury, fear of losing…all realistic. They are fears that 99% of those who start training in martial arts, especially Jiu-Jitsu, will feel. It is amazing to me that everyday great people overcome this fear, walk into my academy and start training. I know the fears most of my students have when they enroll so we have created an environment that helps reduce or even completely eliminate the intensity of those fears. 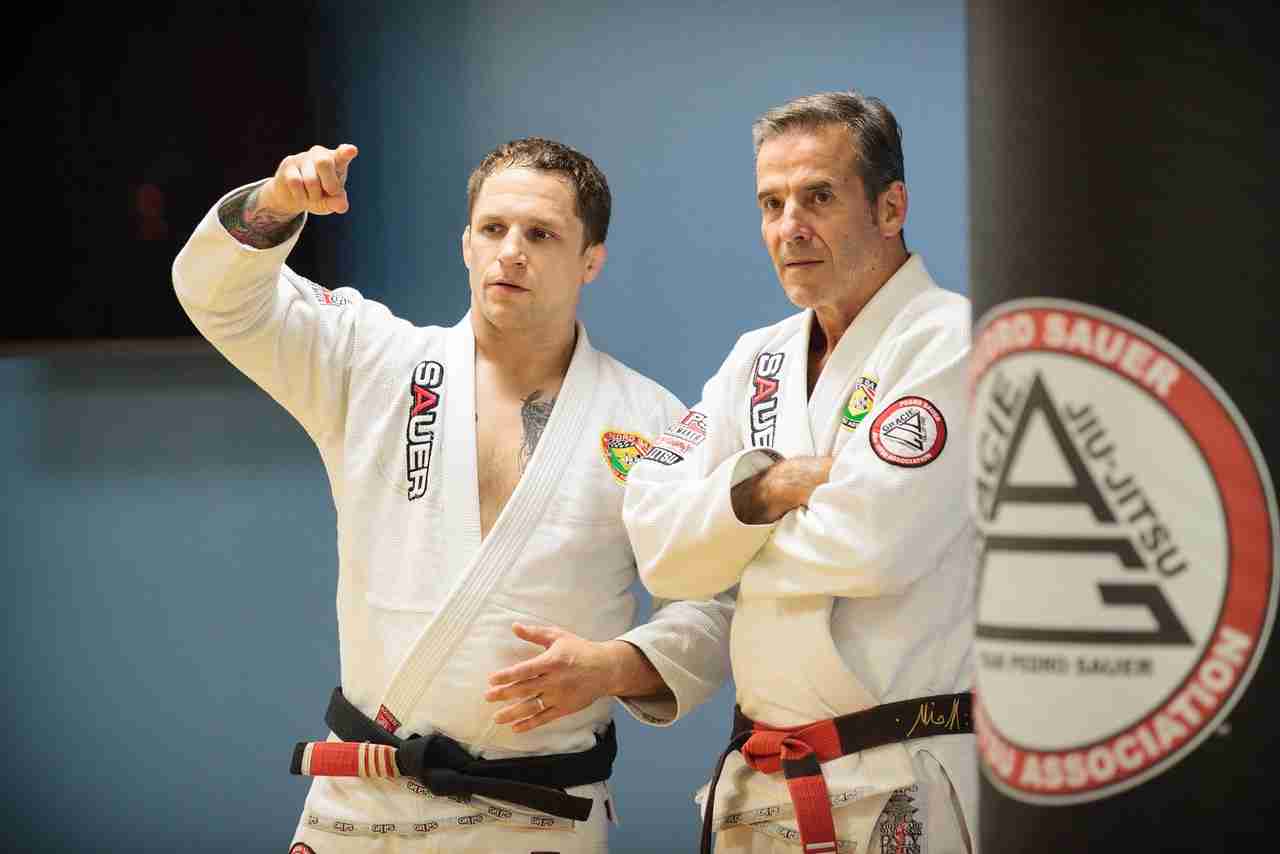 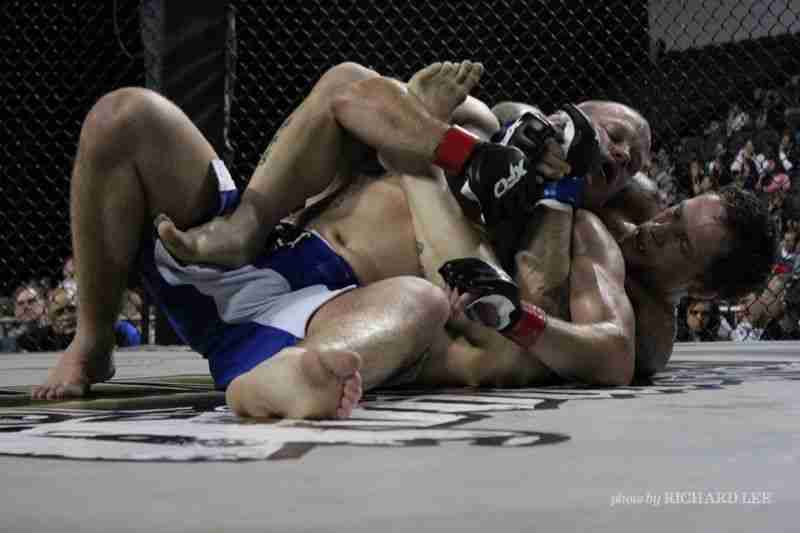 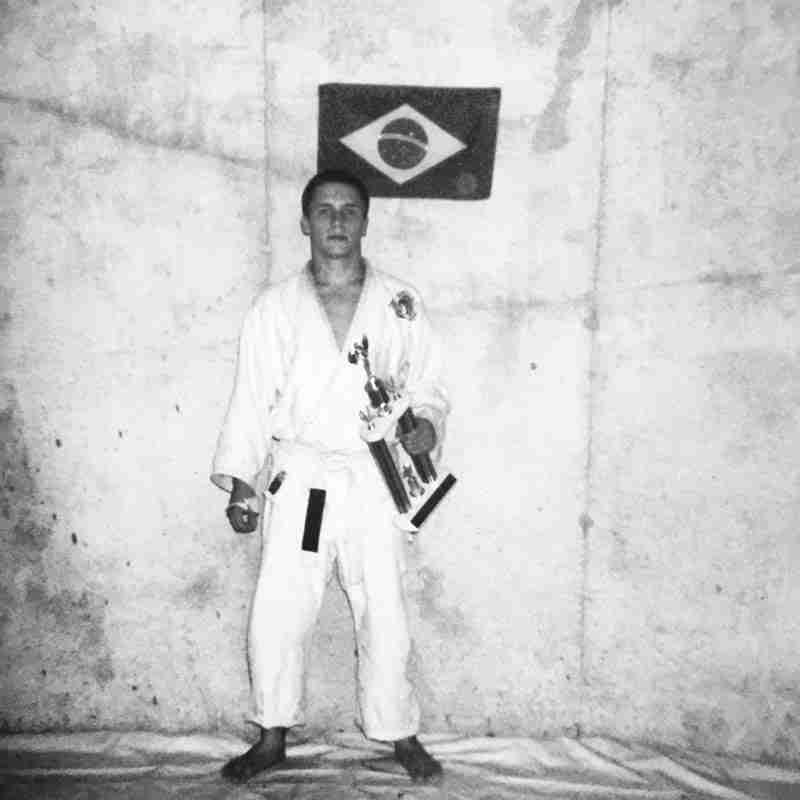 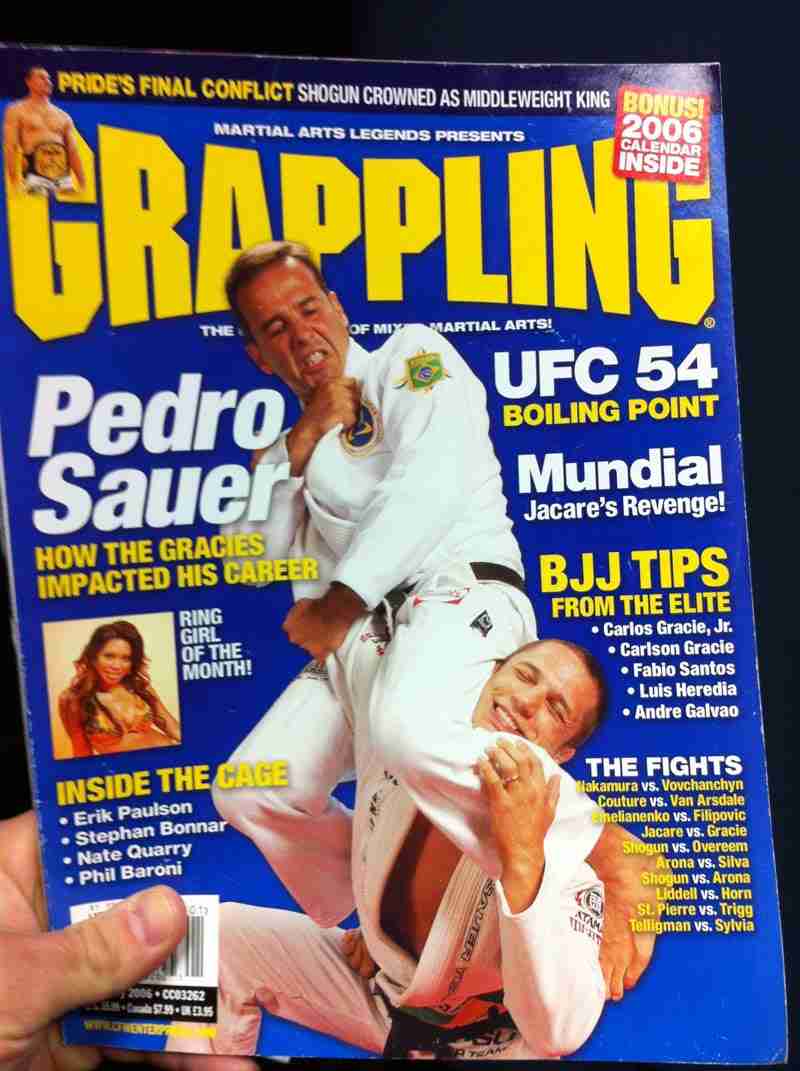 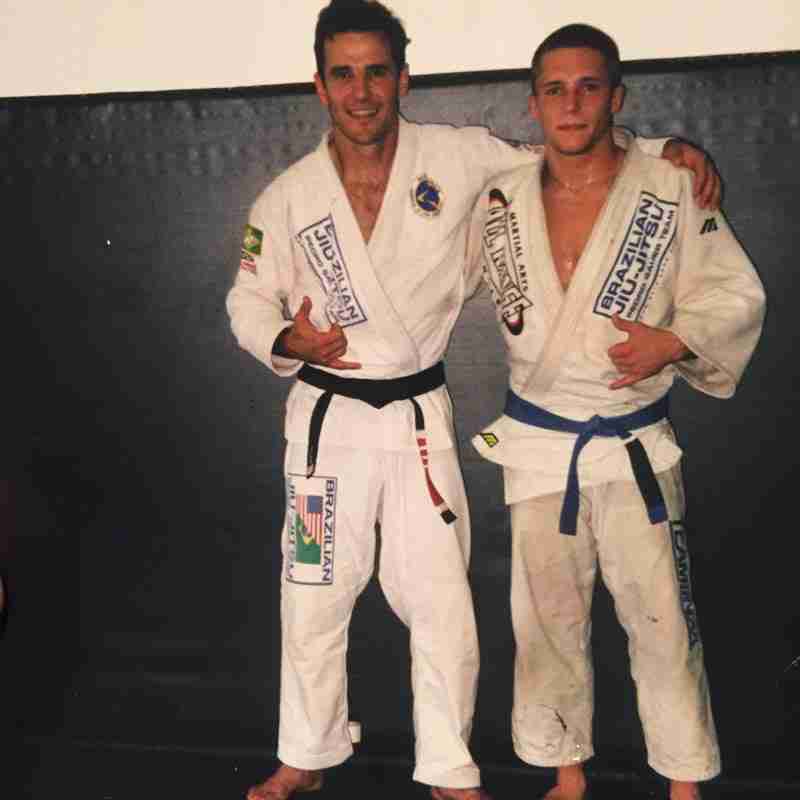 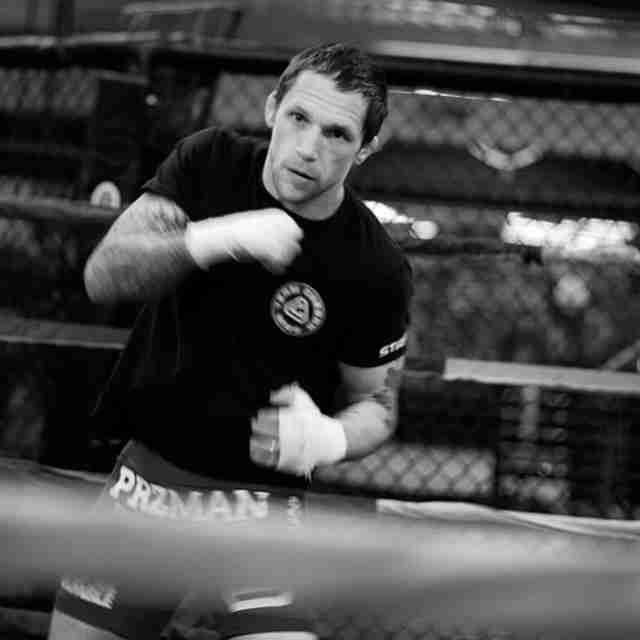 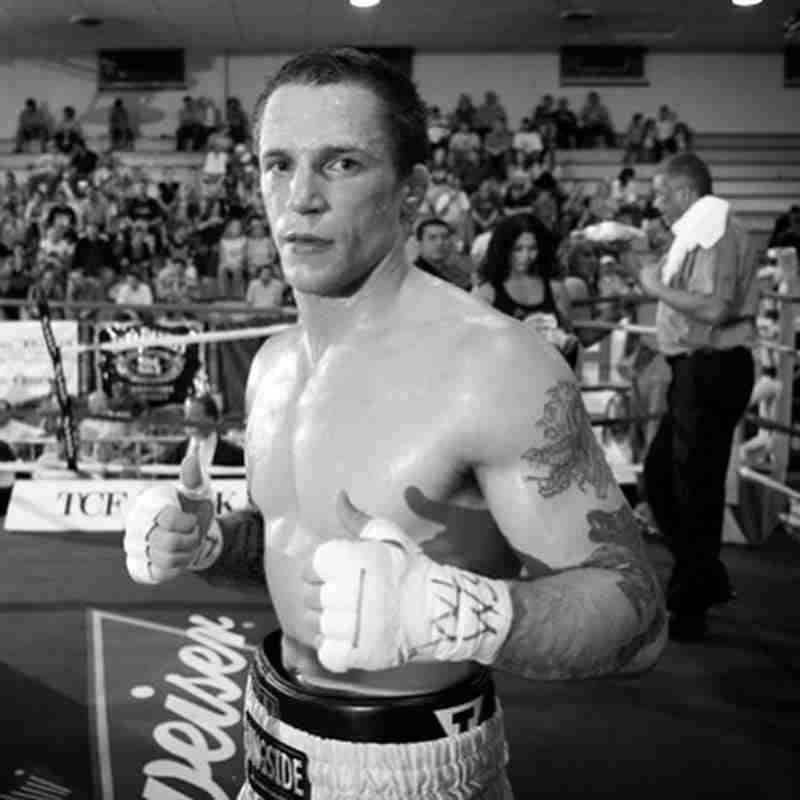 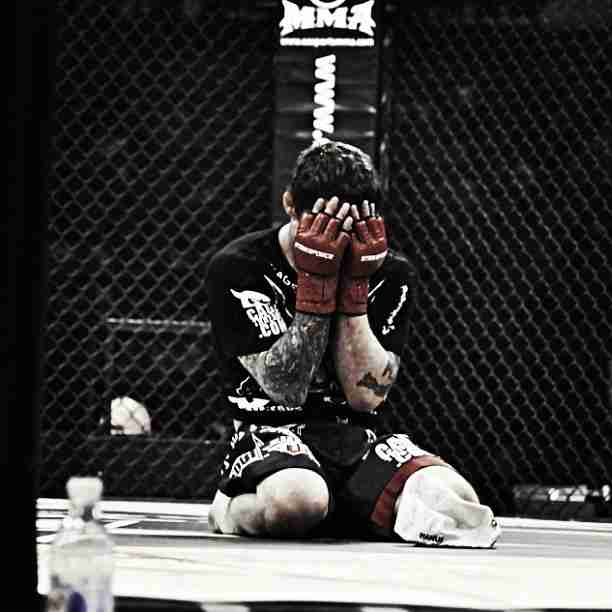 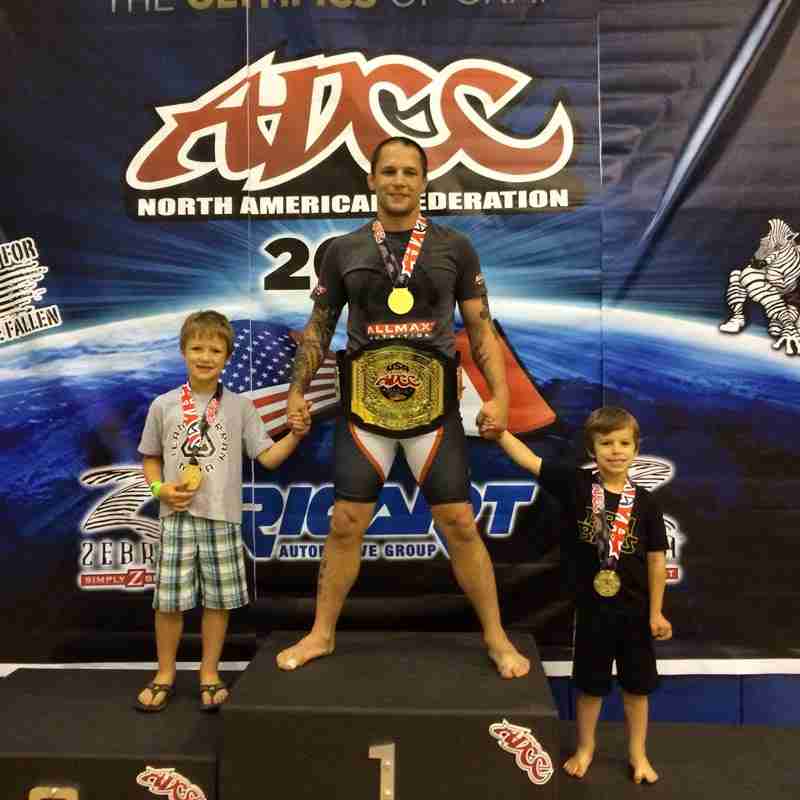 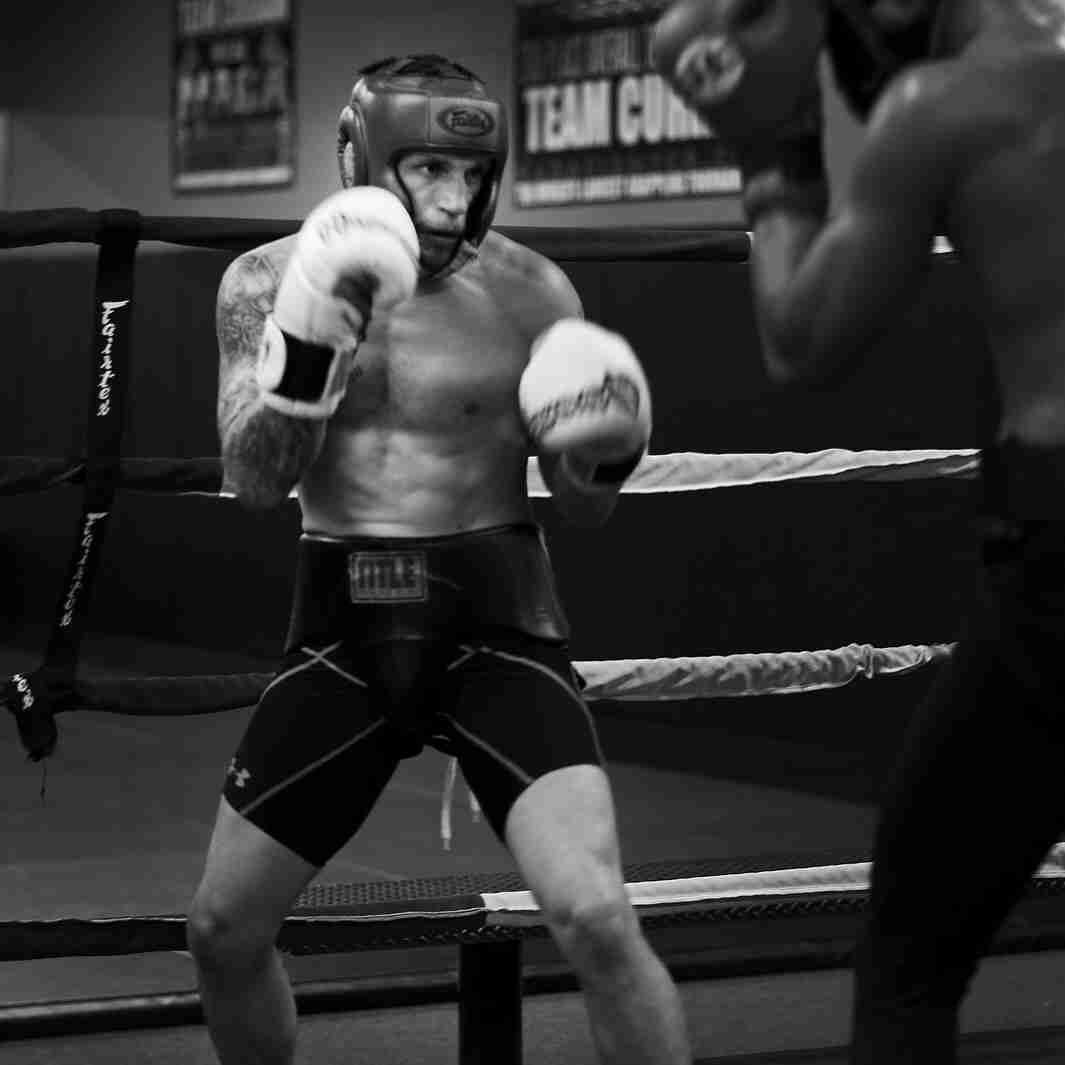